My journey started about 6 years ago as I thought to myself that there must be a way to become stronger and get deeper knowledge about SQL server is able to. Also get around some problems with getting such specific training for an affordable effort/budget. I just wanted to know this “magic” and started to google a little bit and came across some buzzwords which showed me a direction… which leads me to my registration at PASS Germany.

My first visit at the local PASS user group lasted for more than half a year but somewhen I did it 😉 After that, I visited the user group meetings on a regular base and then I heard about a community event called SQL Saturday… That’s where I wanted to be part of to strengthen my knowledge about SQL Server as a participant but never thought about changing to a speaker because I was so impressed with the knowledge, presentation and speaking…

So I just joined several community events as SQL Saturdays, PASSCamp, SQLKonferenz and SQLGrillen from the easy side => as a participant. But somewhen it made “click” in my head and I thought “Hey, if I’m already on-site why not helping and getting more in touch with those great guys/speakers?” so I decide to write an email to Oliver Engels (Twitter) and Tillmann Eitelberg (Twitter) if I might volunteer during SQL Saturday Rheinland and ” Hurray they accepted…”

So I started my “career” as a volunteer on SQL Saturday Rheinland 2016 with filling bags, preparing booths and session rooms … which had made a lot of fun! I got in touch with more very friendly people of the German PASS chapter. #communityrocks

After a few weeks – also joined SQLGrillen – I made a decision for my own to submit a session for next year’s SQL Saturday and try some more opportunities to speak… in October 2016 I participated also as a volunteer at SQL Saturday Munich where I already felt the love of the #sqlfamily! It was so much fun being part of it and getting known by more and more people. So I also spoke to a Microsoft guy (Jan Schenk) who was responsible for my efforts creating the #Azure Meetup in Hamburg which I started in November 2016.

In 2017 was my first step out of the dark 😉 I was picked to speak twice at SQL Saturday Rheinland and once at SQLGrillen – my very first talks at a public event outside of my regional user group. I was very honoured, so much fun and it was a pleasure to be with such great SQL persons from all around the world. After those events, I can’t stop it and raised my goals for 2018 and further events. (Like speaking at an international event or a non-german user group)

Why? What do I get back from the community?

As I had written above there is so much fun and pleasure and more important to learn from all of the so great community people. For some people it might a good marketing effect to be within the community but why not… they sharing their knowledge with you and making it possible that such events can be organised. Ok, there might be one point… if their session is more about their own products or company and not the topic… that’s not fair!

For me the main part is sharing my knowledge and being part of that #sqlfamily… getting known to all the other, helping other to encourage to do their first presentation or organizing a user group. I love what I am doing! And if I’m able to help just one person to find his/her own way or solution… it makes me happy. 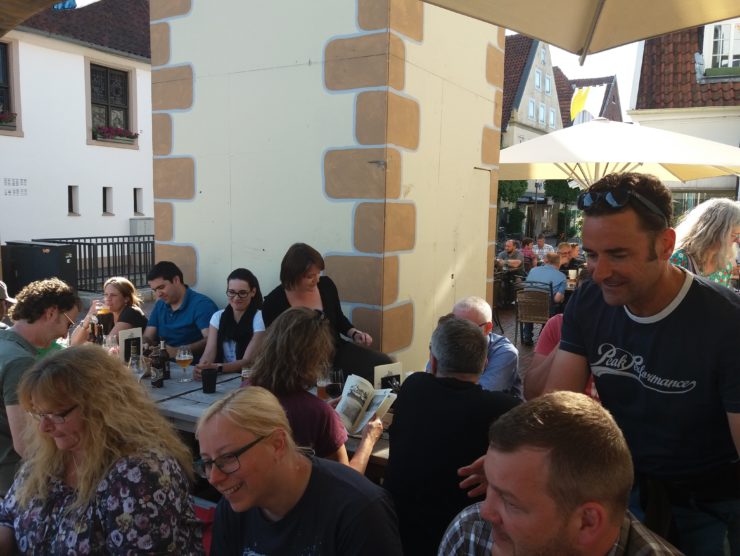